Hate networking? Why you’re much better at it than you think!

Many people dread the thought of networking. In this article Hannah Martin explains why simply changing the way you think about the process can turn fear into enjoyment! 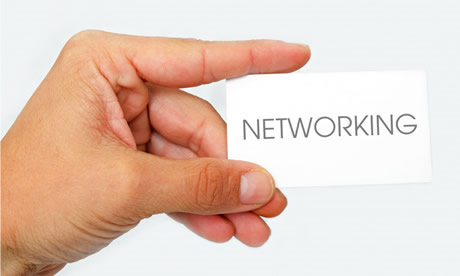 If you’ve ever inwardly groaned at the thought of walking into a networking meeting, you’re not alone. You only have to Google 'hate networking' to see just how many people dread it.

But in fact, once you remove the label 'networking', and instead see it simply as opportunities to meet new people and make interesting connections, it suddenly seems less daunting and maybe even fun. Or, to go even further out on a limb, something you may be naturally good at.

Why you're already a great networker

You see, you may not realise it yet, but if you’re even moderately sociable, have friends and enjoy spending time with your family, then you have all the skills and qualities you need to be a brilliant networker.

The problem is that as soon as you add the formal label ‘networking’ to an occasion, many of us get get stage fright. We assume that there are new, different rules at play and forget all our innate abilities to make connections with new people – and even to enjoy it – and instead become shy, wooden or even reclusive.

We either forget to mention what we do and why we’re there entirely, or often talk ourselves down using language that modestly diminishes our achievements. (How many times have you caught yourself saying, "I just…", "It’s a little…" or "I’m only…".)

So what can we do? Resign ourselves to a career of cringing through networking events, or avoiding them completely? Or learn to see them differently and embrace our natural instincts for building new connections?

How we learned to love networking

Over the past year, we’ve been to a number of networking events. In the beginning, we dreaded them, assuming we needed to adopt a ‘business mode’ when attending, and not really feeling like us at all (and therefore probably not coming across that well either).

But in recent months something new has happened. We stopped placing expectations on the events – feeling a need to come away with useful contacts and minus at least a dozen business cards. And instead we saw them as an opportunity to make new friends.

If we found one person we enjoyed talking to, we considered a networking event to be a success. It didn’t matter if that person was a potential customer or even useful contact. We just approached the occasion like we would any social event; we were there to have a good time and meet interesting people.

As a result, we were more relaxed and naturally introduced what we did into conversation when relevant or asked. We had no expectation of getting anything out of meeting new people, and instead tried to find ways to help them.

And the surprising this was that, completely by accident, our non-networking networking worked! We DID meet lovely people that we enjoyed talking to, and we found lots of ways to be helpful to them. We made genuine connections with people, and lay the seeds to hopefully long term professional relationships. And importantly, we found that once you stopped expecting people to help you, they often offered voluntarily.

We also realised that not every ‘networking’ opportunity has a label on it. Yes there certainly are lots of fantastic formal networking events to go to. But almost any interaction with someone could be classed as networking.

We’ve have met some of the most inspiring and helpful business contacts and clients at the most un-networky places – at baby groups, the school gates, PTA meetings, local cafes, on trains and on Twitter and Facebook.

Every day, we are presented with potentially dozens of networking opportunities – we just don’t recognise them. We’re just naturally, unconsciously networking and usually loving it.

So next time you find yourself telling yourself you’re terrible at networking, stop. And instead remind yourself how much you love meeting new people and finding common ground between you – and go out and ace every new interaction you make, whether it’s at an organised business networking event or at the counter of your local butcher.

Hannah Martin is co-founder and editorial director of Talented Ladies Club, a magazine-style website packed with business advice and inspiration. Read our latest daily articles by clicking on the link below.